In terms of music, no genre is as unique to America as jazz. That said, few record labels are as synonymous with jazz as Blue Note Records. The famed label was the brainchild of two German immigrants, Alfred Lion and photographer Francis Wolff, whose efforts greatly influenced and forever fossilized the linear progression of jazz. Throughout its 75-plus year history, Blue Note managed to record some of the leading musicians in traditional jazz, bebop, hard bop, post-bop, the avant-garde, funk jazz, and beyond.

Like many, I am a self-professed Blue Note junkie. While there are endless jazz labels I love and collect — Impulse!, Riverside, Prestige, Savoy, Columbia, ECM, ESP-Disk’, Contemporary, Verve, etc. — there is something about the aura of a Blue Note pressing that evokes a lucid time and place that is illuminated by the sound produced under the controls of Rudy Van Gelder.

As a record collector, nothing is as rewarding or exhilarating as stumbling across a forgotten mono “47 West 63rd” deep groove label pressing with a Plastylite “ear” and “Van Gelder” stamp in the dead wax (excuse the collector lingo). Unfortunately, the above situation is becoming a rare one, as original pressings seem to elude record stores and instead garner exorbitant prices on auction sites. Luckily, with the collector and audiophile in mind, the reissue label known as Music Matters Jazz is dedicated to painstakingly reproducing Blue Note’s catalog, effectively conserving the past while re-introducing these recordings to the present.

The label’s founders, Ron Rambach and Joe Harley, have spared no expense with these reissues. They use only original master tapes for mastering as well as original photographs for replicating the iconic covers designed (mostly) by Reid Miles. In addition, they do a terrific job of accurately reproducing Blue Note’s classic center label and even dedicate an entire gatefold towards housing Wolff’s session photography from each album. Music Matters’ website (musicmattersjazz.com) contains a plethora of limited edition, 180-gram records to choose from that are cut at either 45rpm ($49.95) or 33rpm ($39.95).

These reissues are gorgeous to look at and sound absolutely sublime. The price may seem steep, but you’re ultimately investing in collector pieces of jazz history that, many times, surpass the sonics of the originals. I happen to own seven (six 33s, one 45) that I absolutely cherish and have decided to highlight three of my favorites for this post.

Music:  If a single album out of Blue Note’s vast landscape of jazz excellence were to be promoted as its quintessential effort, “Blue Train” would be it. After recording four albums that reached the apex of hard bop with Miles Davis’ “First Great Quintet” in 1956, Coltrane set himself on a track to fame that was solidified with the release of “Blue Train” — sadly, his only album recorded as a leader for Blue Note. In between stints with Thelonious Monk’s quartet in 1957, Coltrane gathered some previous bandmates (Philly Joe Jones and Paul Chambers) as well as talented newcomers (Lee Morgan, Kenny Drew, and Curtis Fuller) for a session in Hackensack, NJ that would soon be forever immortalized within music.

The album was nothing short of a watershed moment for Coltrane as a performer and composer; while previously he was often overshadowed by Miles’ jurisdiction, he now was able to wallow in the spotlight and transform into a leading innovator for younger generations to look up to. Sure, he had recorded other albums for Prestige before this, but on “Blue Train” he seemed truly self-reliant in pursuing his musical vision. Like any musical pioneer at the time, Coltrane harbored a musical dexterity that was second to none. Whether blazing through his own compositions (“Moment’s Notice,” “Lazy Bird”) or applying a personal touch to standards (“I’m Old Fashioned”), every note on this album is played with the utmost commitment. Simply put, “Blue Train” is a masterful product of Coltrane’s fertile early years before becoming a full-fledged giant.

Sound:  The seconds after my stylus drops into the first grooves of this record, I find I always have to pick my jaw up from the floor. The opening to “Blue Train” — one of my all-time favorite moments in music — fills the entire room, leaving me in a state of pure bliss every time I spin it. The horns lead the charge; Fuller’s trombone sounds massive, creating a sweeping backdrop for Coltrane’s rounded, driving tenor sax and Morgan’s punchy trumpet. The rhythm section sounds equally as impressive, with Paul Chambers and Philly Joe Jones paving the way for Kenny Drew’s meticulous approach to piano that pleasantly sounds more “open” on this version than on the album’s original mastering.

Like any good audiophile remastering, you’ll pick up a great deal of hidden subtleties on this version that seemingly got lost in the mix of the original. I particularly found Philly Joe Jones’ kit, specifically the hi-hat and ride, to be driving the tunes along like I’ve never previously heard before. While my budget setup (Rega RP1 driven by a refurbished ’50s Magnavox tube amp) is pathetic by audiophile standards, it still manages to sing while spinning these reissues. If you don’t own Music Matters’ version of this classic, get it now before it sells out for good!

Music: Larry Young was often referred to as the “John Coltrane of the organ” for a good reason. While his predecessors relied on gospel and soul influences, Young took a more innovative approach to the B-3, uncovering a unique styling that was steeped in the modal explorations of the mid-’60s. On “Unity,” Young’s 1966 masterpiece, his newfangled approach to the organ sounds as fresh as the graphic design that adorns the cover. Leading a cutting-edge lineup of musicians (Woody Shaw, Joe Henderson, and Elvin Jones), Young escorts the listener through a multitude of feelings, textures, and colors that walk a fine line separating post-bop from the avant-garde.

Elvin Jones kickstarts the opening “Zoltan” with a driving military beat, supporting Young’s pulsing bassline before the unbridled horns bust the song open to a new dimension of musical improvisation. In a duet interpretation of “Monk’s Dream,” Young and Jones revel in Monk’s compositional idiosyncrasies while also taking turns soloing for show. Throughout the album, an overarching sense of unity (pun intended) is present even when the improvisation flirts with the atonal (Softly, As is a Morning Sunrise). Although the music crosses new terrain, tradition seems to maintain a grasp over the players, which sustains a balance of new and old flavor. In retrospect, this music never ages; there are simply no dull moments on the entire album. “Unity” is a vital stage within the evolution of the jazz organ.

Sound: “Unity” is without a doubt one of my favorite Blue Note releases, so when I saw Music Matters produced a 33rpm reissue of it, I got it knowing that it would likely be the definitive version — I was right. The first snare hits seem to come alive; it’s as if you’re sitting in the middle of Van Gelder’s studio witnessing the actual gathering of musicians playing their hearts out for a record. I found you could clearly sense each player’s style and attack through this newly mastered version. Young is sensitive and plans each note thoroughly; Henderson flourishes in creativity, playing loose and unrestrained; Shaw is full of energy and plays with a forceful clarity; and Jones…he’s simply a beast on the drums. Absolutely essential.

Music: 1964 found a new wave of radical players greatly altering the public’s perception of jazz with the emergence of “The New Thing.” Multi-instrumentalist and overall musical madman Eric Dolphy, one of the architects of the so-called “avant-garde” movement, inspired a whole new generation of players with his ’64 magnum opus (and sadly, last album), “Out to Lunch.” Backed by an equally experimental group (Freddie Hubbard, Bobby Hutcherson, Richard Davis, and Tony Williams), Dolphy widened his already-comprehensive vocabulary of angular technique and discordant melodies with an album dedicated towards breaking boundaries.

The group here is in total awareness of each other and it shows through the music. Dolphy and Hubbard commit all towards sound exploration while Hutcherson, Davis, and Williams weave intricate rhythmic meanderings that are as engrossing as they are mysterious. Williams and Hutcherson shine on the complex nod to Monk, “Hat and Beard”; Dolphy showcases his ability to pen abstract ballads on “Something Sweet, Something Tender”; “Gazzelloni,” the album’s most conventional track, features strident flute work from Dolphy; the alto sax steers “Out to Lunch”; and the band carries Dolphy’s inebriated strut on “Straight Up and Down.” It’s hackneyed, but true — this album sounds as fresh today as it did over 50 years ago.

Sound: Out of all my Music Matters reissues, this is hands-down the best sounding I own. In fact, I have no hesitation in saying this is the best sounding LP in my entire collection. You need to experience this first-hand to truly hear the magic found on these grooves; words can’t do it justice, although I’ll try. First thing you’ll notice is the transparency and clarity of each instrument. Van Gelder’s close-miking technique is improved upon greatly with this new mix (you can clearly hear Dolphy’s bass clarinet pads on “Hat and Beard”) that presents each player as a balanced part of the whole, making sure no one instrument muddles another. Williams and Hutcherson sound particularly impressive, often shaking my room during their solos on “Hat and Beard.” Although the 45rpm version is now sold out, the 33rpm version is still available. If you have a turntable and any ounce of appreciation towards this album, I highly recommend you pick up a copy and bask in the audio excellence. 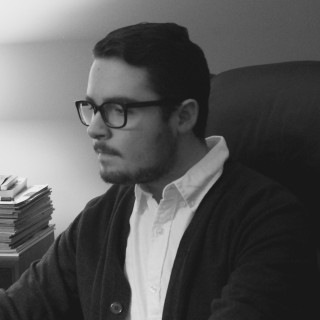 I'm an aspiring writer, music obsessive, analog enthusiast, and record collector. Along with contributing the occasional article to All About Jazz, I've previously freelanced for The Buffalo News. Currently, I'm studying English at the University at Buffalo.